FiBreMoD News & Blogs Have a look at Arsen's blog answers

Have a look at Arsen's blog answers

Have a look at Arsen's blog answers

Arsen has replied to the questions asked to everyone. Take a look into his answers!

It feels… different. Although for me it is the first time in Europe, being born in Russian "Window to Europe" probably makes it easier to get used to the European way of life. Although I was in Finland before, most people in Saint-Petersburg don't put the equation sign between going to Finland and travelling to Europe since it is closer to us than our capital.

Belgium is small, but people are evenly distributed within the country, so it gives me a different type of experience when I compare travelling here with travelling in Russia. What I like here is an unusual combination of good ecology, modern technologies and all these historical places.

Everyone here can speak English, so it is good if you are not very good at learning new languages, but it may be difficult if you want to learn Dutch since nobody is really pushing you to study it. The food feels the same: waffles, beer, potatoes - that’s all you need. Brussels is called the center of Europe since several major well-known world capitals can be reached from here by train in 2 hours.

But nothing is perfect, so the worst thing for me here is that I can't get used to winters here without any snow.

I don't want to lie and say that it was only the global idea of the project itself which catch my interest, but it was rather the research topic and the name of the University having this position open.

During the studies for my master's degree, I only started to enter the world of composites from the back door, coming from my applied mechanics background, where I was more interested in its application in structures rather than the behavior of the material itself on different scales.

Therefore this chosen topic seemed as a logical and interesting way to continue my research. On top of that, experiments were planned as an essential part of the project which was also interesting to me due to my lack of experience in this aspect before.

I was pleasantly surprised by the extensive training program as well as a huge emphasis on collaboration between everybody (researchers, research units, etc.). I noticed that this is a unique feature of this project (as well as the other Marie-Curie projects) which suggests a lot of collaboration and induces high mobility of researchers. These features differ such projects from ordinary PhD projects for young researchers.

It is also very nice to see, collaborate and discuss things with people from different countries and different backgrounds. Such way you can definitely extend your knowledge more than you would actually expect.

I have several, but I will go with the most composites related. My dream as a kid was to live to explore the unknown (like for many other kids). Therefore exploring Space, as it was for Europeans to explore America, for Vikings to explore Iceland, seemed like a perfect thing to do. So, having my own aerospace company will be fine for me, at least for now as a starting point.

I think it will be time travelling since I am very curious to see what will happen to the humanity in the future. Being able to travel back in time to see all those historical events by myself would be a sweet cherry on top. 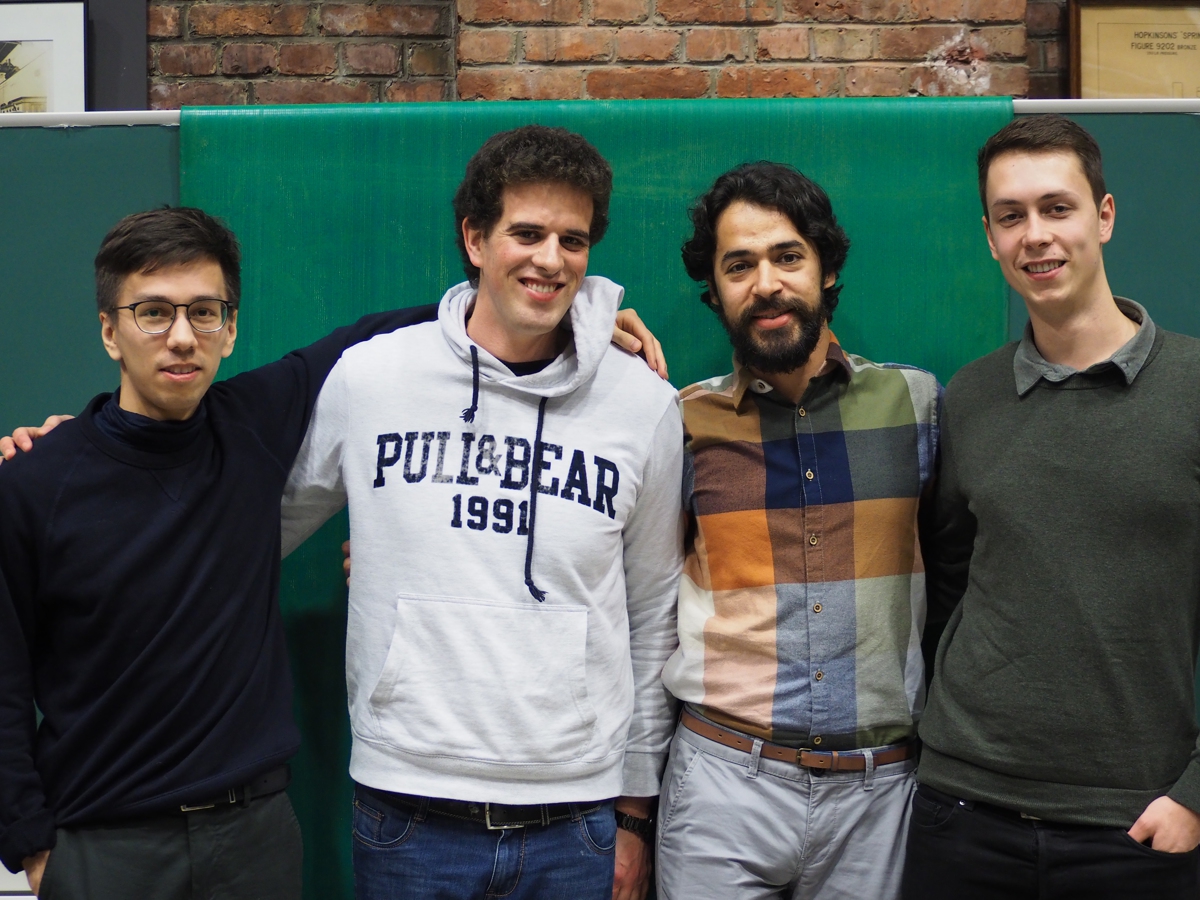