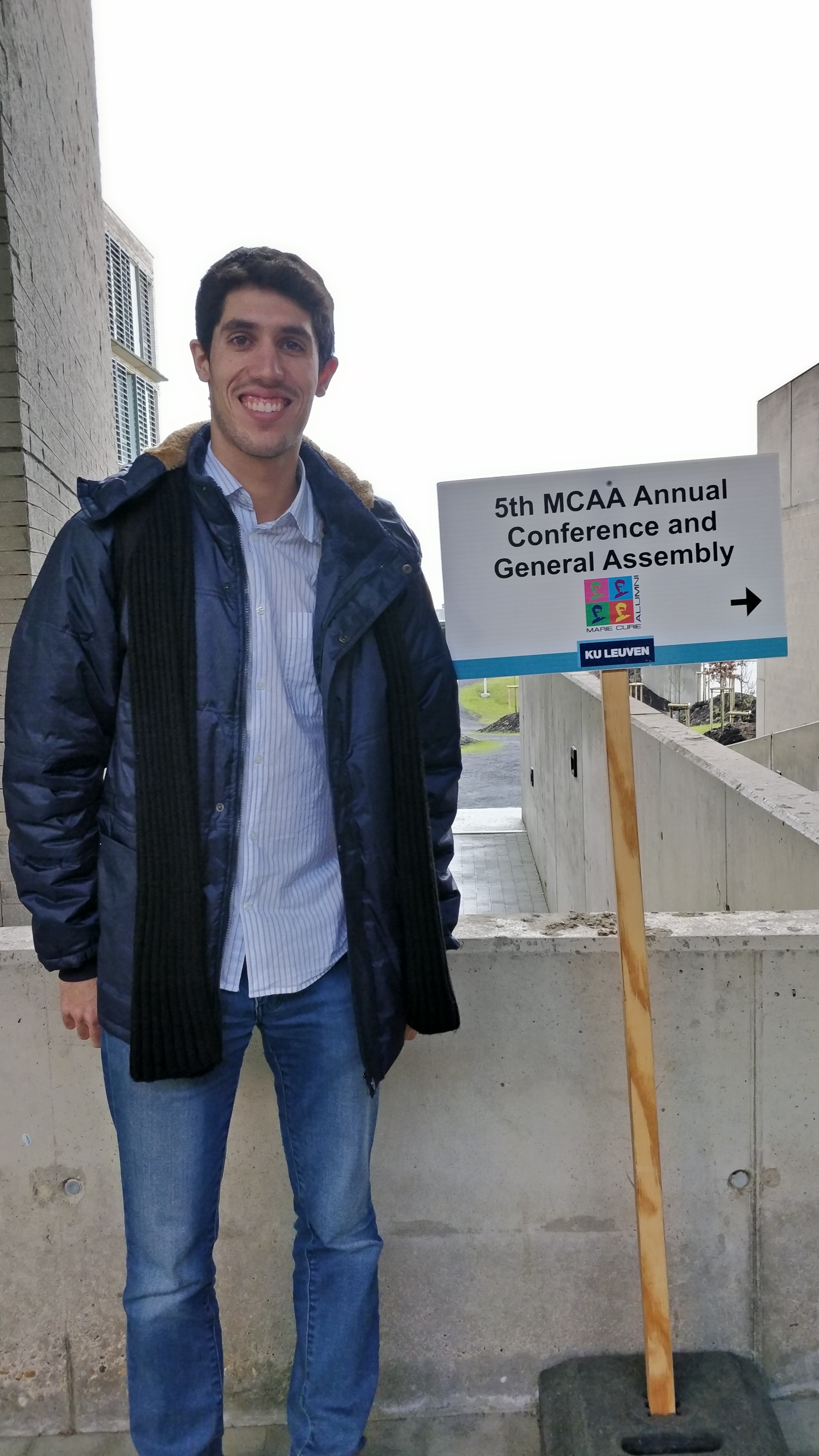 Last Friday, the 5th Marie Curie Annual meeting was held in Leuven. The FiBreMoD project made itself present through the ESR Francisco. “It was a very interesting and insightful experience” – he says.

The 5th Marie Curie Annual Meeting was held in the Campus Gasthuisberg, in Leuven, on the 2nd and 3rd of February. The first day was dedicated to the conference, open to everyone, and the second day to the general assembly, where the Marie Curie Alumni Association board would be elected. Unfortunately, Francisco could only be present during the first day, not taking part in the election.

The conference started off with a warm welcome by the MCAA board chair, Brian Cahill. He then gave the floor to the Mayor of Leuven, Louis Tobback, who officially opened the annual meeting and also to Reine Meylaerts, vice-rector of KU Leuven for Research Policy who introduced KU Leuven to all the participants. After that, a plenary talk was given by Patricia Reilly and Trudy Dehue. An interesting approach to science was taken here, where it was discussed that science does not discover reality but instead designs it. In fact, many things that we do and use in the daily life were only possible due to scientific discoveries, shaping the reality of today.

The rest of the day was composed of parallel sessions, in which a panel of 3 to 4 people would discuss several topics. The format of the conference in these sessions was quite interesting, as a member of the panel would not simply give a presentation and answer a few questions about it, but rather a mediator would conduct questions to the panel members and then also give the opportunity to the audience to ask questions about the topic at hand. This is also the format chosen for the famous Comic-con, so taking this approach to a scientific conference was quite refreshing.

Francisco was able to attend the sessions on Innovation in Europe, where Dirk Hudig, Rahul Bansal, Marc Heyns and Kathinka Best discussed the risks and next steps towards innovation. The next talk was about science communication where Sofie Vanthournout, Charlotte Thorley and Dominika Bijos talked about the importance of communicate with the general public about the scientific discoveries. It is a fact that sometimes the society is kept in the dark about many scientific topics until a reshaping innovation is made. At that point, a part of the society can become against the implementation of that discovery since it’s so contrasting with their current lives. The use of transgenic vegetables to increase the food supply is a good example of that. The last session was about “Open science”, where the panel was constituted by Gareth O’Neill, Fabienne Gautier and Micaela Crespo Quesada. The main topic here was issue of the open access publications. This is a hot topic today as all the Marie Curie projects must publish their scientific discoveries in open access publications.

Here is a photo of our researcher, present at the 5th Marie Curie Annual Meeting. 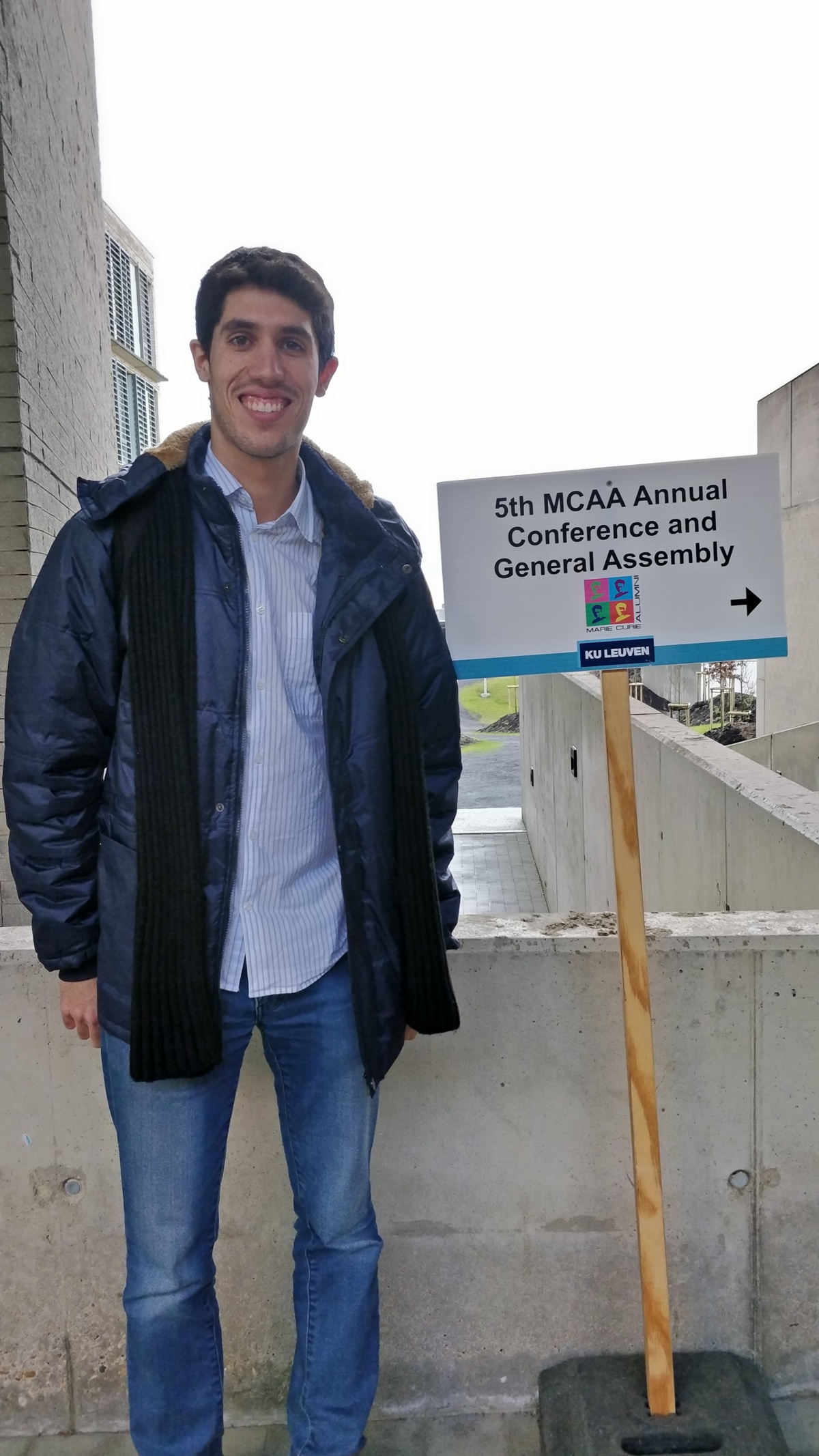 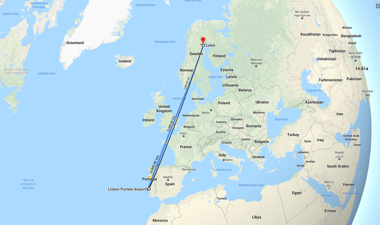 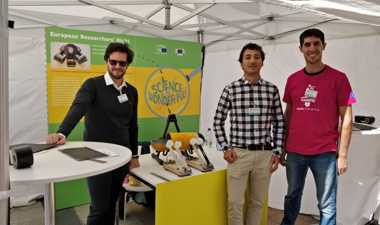